After being honorably discharged from the Marine Corps, David entered the University of Tennessee in Knoxville, where he studied philosophy and religious studies, graduating with his BA. In 2009, David moved to Hong Kong, where he did liaison work for three NGOs, founded several companies that he owns and runs under the banner of DJW Holdings, and still lives with his wife and children.

David’s passion and expertise in designing and sourcing tactical clothing, gear, and camo, came out of his military service. David has wanted to utilize a tactical camo pattern, breaking away from the traditional twigs and trees and focusing instead on a 3D graphic camo specifically designed to protect the urban warrior. He has learned the fabrics / design / printing / process working intensively and intentionally with the fabric mills, printing mills and design teams.

When David developed Virtus Outdoor Group (VOG) clothing, utilizing new camo patterns as well as new high-end tech fabrics for VOG’s three-layer jacket system, he tested it on friends and associates, all brothers-in-arms who are active duty US Special Operations Command (SOCOM) warriors. The VOG camo patterns and garments have been vigorously tested and praised by some of our country’s most elite warriors.

David is also an extreme athlete, enjoying canyoning, rock-climbing, mountaineering, and Crossfit, which led him also to design a line of athletic clothing and gear for extreme athletes. This line has been tested and is constantly being modified to suit the needs of the various extreme athletes. 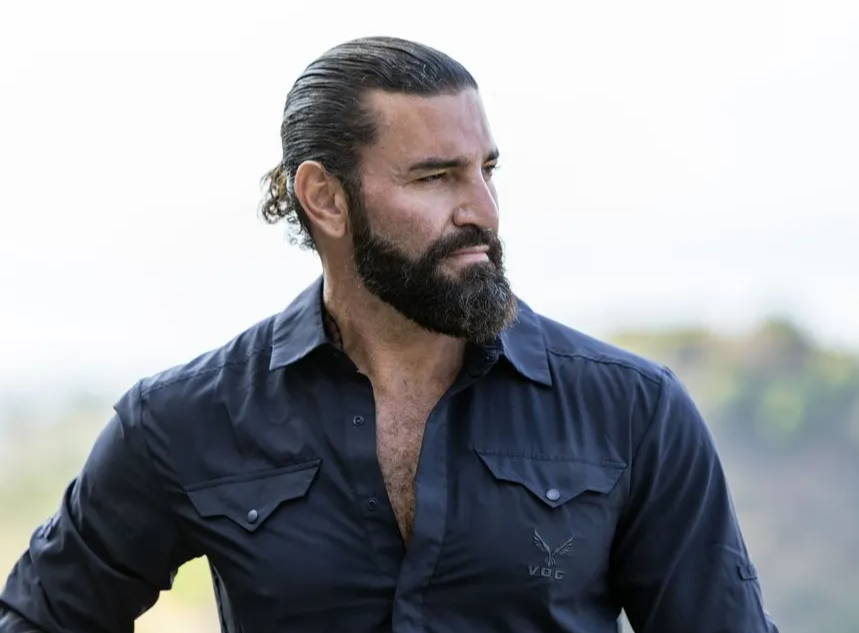 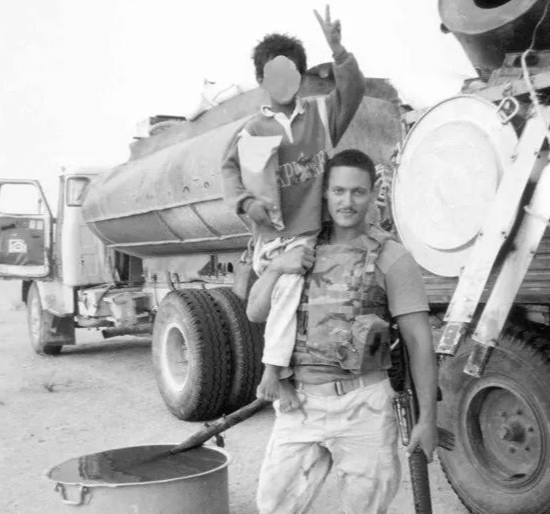 Between 2000 – 2005, Brian deployed three times as a United States Marine in support of Operation Enduring and Iraqi Freedom. As a part of the Maritime Special Purpose Force (MSPF) supporting Force Recon in Direct Action, Vessel Board, Search and Seizure (VBSS), and Tactical Asset Recovery, this unit was rapidly deployable and tailored to specific missions.

Over the past 10 years, Brian has worked with start-up companies. With experience in raising both debt and equity, Brian offers leadership, technical, operational, and strategic expertise in senior-level administration.

Brian holds a B.S. from Suffolk University in Boston, Massachusetts and an MBA from The University of Texas.

Marc’s unique experience covers a real world odyssey, first in the military as a Force Reconnaissance Marine and later as a SEAL Sniper. All of this he found, was to prepare him for a life as an adventurer and as a protector.

In the year 2000, Marc was selected to join an around the world expedition that would cover over 30,000 miles to the Pulse Points of the Planet’s Health. The journey was called BLAKEXPEDITIONS under the famous sea captain, Sir Peter Blake—the man chosen to replace the legendary captain Jacques Yves-Cousteau. Sir Peter hired Marc because of his capability to dive under the ice in Antarctica as part of the expedition team, as well as set a world record paragliding flight—further south than any vessel had penetrated the King George VI Ice Shelf at 70º South Latitude.

Following Antarctica, Marc scouted a 3,000 mile journey through the Amazon jungle alone to build a program to rescue kidnapped indigenous Indians of the Guiana Highlands (Yanomami and Hoti’)that were being used in illegal gold mining operations in Venezuela.

During his adventures, Marc carried with him a heat reflective blanket he developed as a sniper in the jungles of South America—the blanket would save his life and he would end up developing the technology into an outdoor gear company he call RTB (Regulate Thermal Balance). This is the genesis of the VIRTUS RTB line of heat reflective clothing and the RTB Viper Thermal Sleep System.

Thomas Served in The United States Marine Corps for eight years as a Martial Arts instructor trainer, fitness specialist, and Sensor Operator & raced for the 3rd Force Recon cycling team. He brings over 24 years experience in the coaching field. Thomas is renowned for his conditioning programs and has been recognized both nationally and internationally. He has worked with Professional athletes from a number of professional leagues and organizations including the NFL, MLB and IPFL. He has worked as the personal coach for former U.S. Secretary of State Dr. Condoleezza Rice, and first daughters to the President of the United States George W. Bush, Jenna Bush & Barbara Bush, numerous Government officials, U.S. Foreign Dignitaries and Diplomatic Security Agents. In addition to his role with HDS, Thomas co-founded CrossFit affiliates, Shirlington CrossFit, CrossFit Merrifield. He has led the warm-up ceremonies for over 50,000 athletes in the Suzan G. Komen National Race for the Cure as well as the March of Dime March for Babies. 911 Heroes Run, Run For Remembrance and shared the stage with icons like Former World Champion Boxing legend Roy Jones Jr. Tom currently serves on the advisory board for fitness magazine among others, the selection committee for A Warriors Wish Foundation, the Yellow Ribbon fund and Team Hope For the Warriors. Tom has played a huge role in growing and developing the Veteran outreach communities all across the country and has committed a huge portion of his time and resources to these men, women and families. 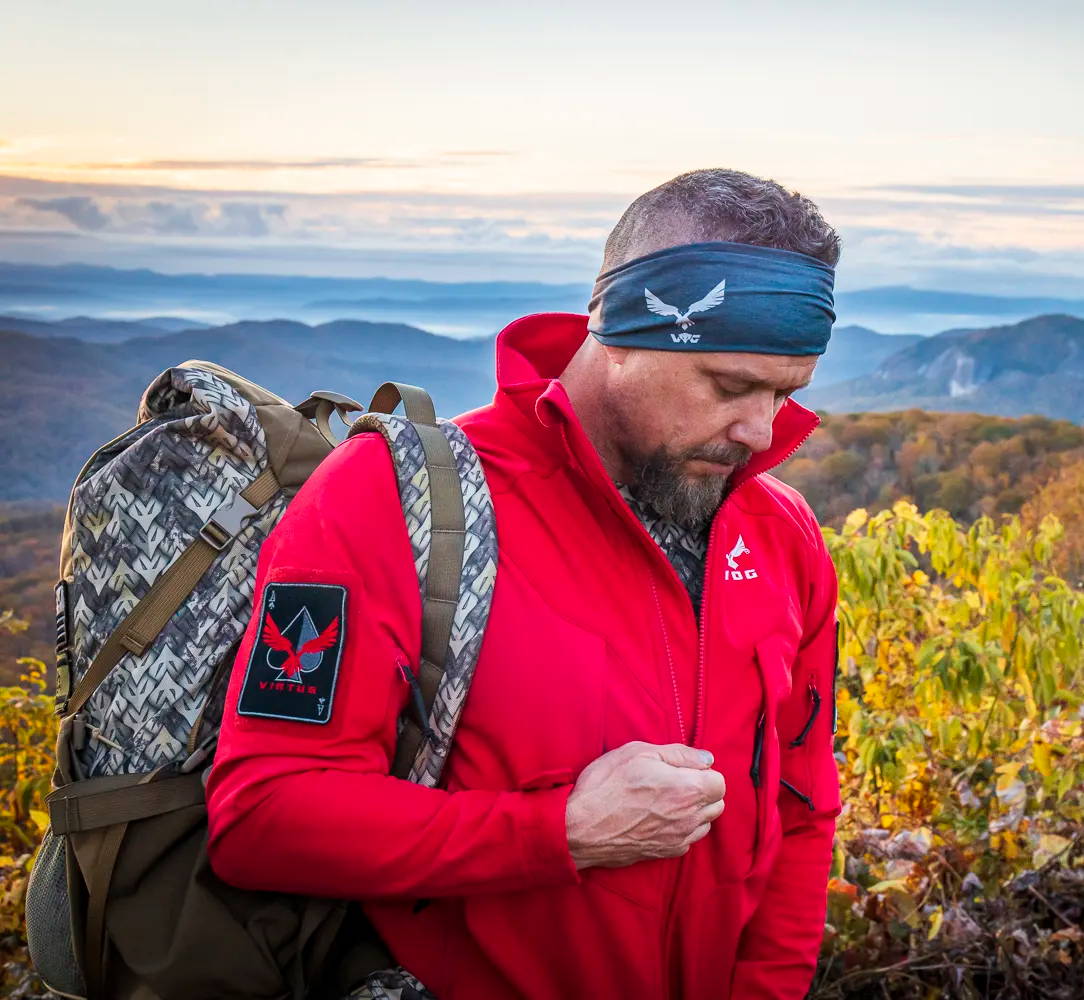 Tim was born and raised in Muskegon, Michigan. Growing up on Lake Michigan and being surrounded by the woods of Northern Michigan sparked a life long interest in the outdoors. He began his outdoor passion at the age of 8 being carried into the cedar swamps of Northern Michigan to deer hunt. Archery became his obsession after successfully taking his first whitetail at the age of 10. Since then his passion for the outdoors has taken him to every Canadian providence and 12 US states in pursuit of his hunting and fishing dreams.

From -25 degree Whitetail deer hunts in Saskatchewan to 106 degree Blacktail deer hunts in Northern California, finding the most remote terrain or inaccessible rivers and lakes drives his desire to avoid the easy route and get “off the beaten path”.Seeking out these extreme outdoor adventures brought him to the realization that most of the fabrics and clothing designed for the outdoors weren’t designed to be pushed to the limits. When the clothes on your back or the gear in your pack are the only thing between surviving or perishing, you want the best.

Tim moved to Knoxville, Tn in 1981 and graduated from the University of Tennessee in 1992 with a degree in Economics. Since then he has successfully built several businesses and immersed himself in humanitarian work in China, India and Pakistan. He still lives in Knoxville, with the only thing that he’s more passionate about than the outdoors, his wife and four daughters.

Destiny put Tim and David together in Asia, but their shared pursuit of the best fabrics, gear and camo brought them to the same conclusion, “we can do it better”. With David’s military expertise, sourcing experience, extreme work ethic and innate business sense and Tim’s background in business and passion for extreme outdoors the development began.

His love for God, family and the US Armed Forces drives him to help David deliver to you the best, fabrics, gear and camo that this planet has to offer. Virtus Outdoor Group meets that need.

Ricardo Salguero was born in Quito, Ecuador. A lifelong entrepreneur, he started selling bites of his apple in Kindergarten to his classmates. Following his passion, at 14 years old pioneered a Mountain Biking Magazine in Ecuador with his brother which became the largest cycling magazine in South America at the time. School and following conventional rules were never his strong suit and he was “invited” not to come back to his K-12 school for his senior year. His father sent him to live with his brother and lifelong mentor Carlos in the US where he earned a Bachelor’s degree at age 20 in Computer Information Systems with a minor in Math and Graphic Design while working 7 jobs. Earning several internships and job offers in the tech field. Learned the ways of the corporate world while quickly rising in the ranks in companies like Intel and Cisco Systems. He started his eCommerce journey selling tech goods on eBay easily sourced in Silicon Valley. Moved to Ecuador following the love of his life and wife of 17 years. A born daredevil nearly became a quadriplegic after a motorcycle accident that left him bed-bound for 10 months. He moved back to the US where he and his wife started an eCommerce business with $400 which grew to an 8-figure tech business that nearly became a public entity with partners like Verizon, Synnex and other Fortune 500 companies. Ricardo has utilized his tech and sales skills to own succeed and fail on various ventures like electronics recycling, GPS tracking, Pet food, and cellular amplification. An avid endurance and OCR athlete has completed several 60 hour+ endurance events which sparked a strong desire to give back and serve others. Ricardo volunteers at Operation Enduring Warrior whose mission is to honor, empower, and motivate our nation’s wounded military and law enforcement veterans. He is also a board member at 2 non-profits A Spring of Hope and the Give Team. Today Ricardo has founded with his brother Carlos his latest venture Marketer Brothers which is his latest initiative to give back to all those entrepreneurs in a dual Language format (Spanish) in their journey to success and to work with those serious ones that want to take their business to the next level 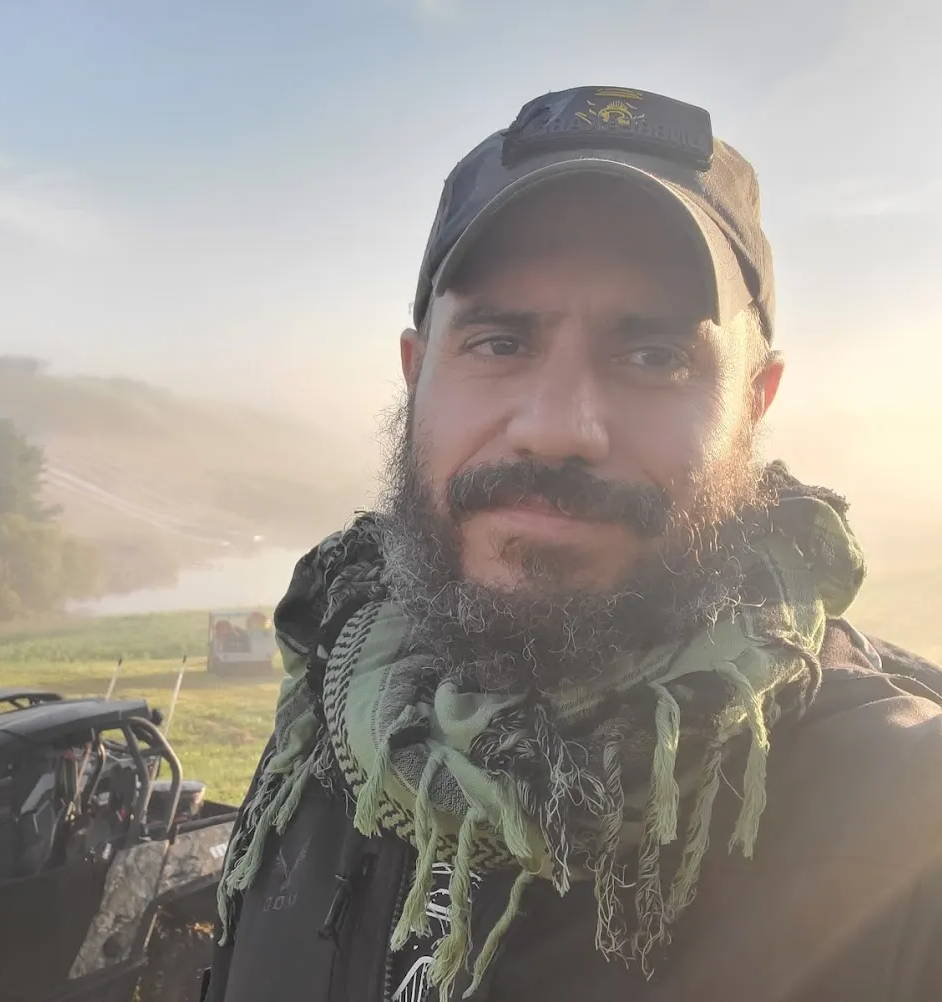